Drawing Ovals with a Pencil, Three Nails, and Some String

If you do the same thing with two nails, the pencil point maintains a constant sum of distances from each of the two nails, and you end up with an ellipse.

Now do the same thing with three nails. As you move the pencil around the triangle formed by the three nails, the far end of the loop gets caught on different combinations of nails, sometimes two nails and sometimes all three.

Each combination corresponds to a different elliptical arc, where each arc is bounded by the lines formed by extending the segments joining each pair of nails. If the nails are arranged in an isosceles triangle, the final figure is an oval or egg shape. 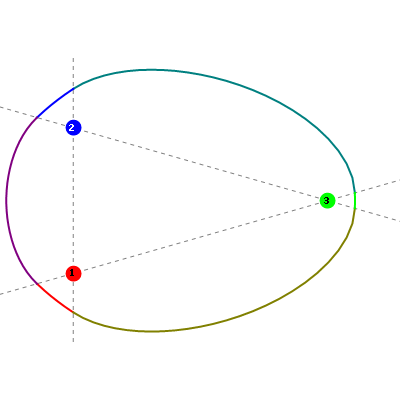 The individual ellipses that make up the oval: 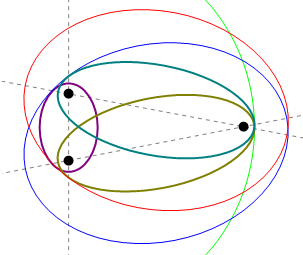 Naturally, other arrangements give you different final shapes.

You might also enjoy this interactive version, housed at the Wolfram Demonstrations Project: